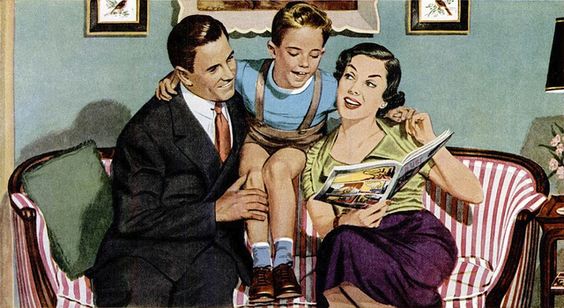 You all know this was coming, right?

If you’ve even just as much scrolled down my home page, knowing my political views and where I stand on many social issues, it shouldn’t be a big surprise that the best shopping buddy I could ever wish for is the great Milo.

The dangerous faggot that sends Lefties into a triggered heap.

Starting as a tech journalist by trade, this British, Right wing, Conservative gay icon shot into stardom as an editor at Breitbart in the recent couple of years due to his provocative, controversial views. At least, to the mainstream Left that is what he seems to be, probably. I basically agree with Milo on just about everything (the exception is religion, as I am more of an agnostic).

He recognises the issues caused by illegal immigrants who infiltrate Western countries that end up affecting the job market and crime. He recognises that problems with Islam (and Islamic immigration) and how its barbaric beliefs don’t harmonise with the Western ideals of freedom and equal rights. He recognises the stupidity in race and identity politics that the Left uses to hate on and oppress white people and conservatives. He recognises the leadership potential and admires a similar brutal honesty to his own in Donald Trump, aka ‘daddy’. Big plus: he also recognises the dilemma of the modern woman and her declining happiness, advocating the housewife path for many women.  He says things as they are, calls SJWs on their bullish*t and doesn’t give a f*ck about hurt feelings.

Political correctness is on its way out whenever Milo enters a room.

Sure, he’s quite the personality and he definitely portrays a persona- flaming gay, daring and brutally honest. Though that’s what attracts people to him. Milo loves causing reactions for a good reason, they are provoking people to think and look more critically at important issues. That, or he simply wants people to realise how ridiculous the crap the Left endorses can be.

To write just one blog post on Milo and his discourse is not enough, I may possibly have a multi-part series on my hands!

The most important thing at the moment though? Milo’s new book, Dangerous, which is rocking the Right wing world by storm, all the while sending the SJW harpies in a mad frenzy of anger. It’s already a top seller at Amazon while only three months away from being released, having been at #1 for a while now. The book is essentially an autobiography detailing his journey into and through the world of politics, which I’ve actually already pre-ordered (the audible edition will be read by him, too! Yay!).

The utter popularity of this book has caused an outrage. Feminists and progressives are seething and even The Chicago Review of Books refused to review his book completely (Milo doesn’t need your review, obviously?). They are all basically either whining or sh*tting on Simon and Schuster right now.

So what does this all mean?

A new wave of Conservatives are finally getting a voice in the media, breaking through the Left-run mainstream media. They are getting to state their views publicly without being bludgeoned with labels and insults from the Left in an attempt to shut them down. Thousands, maybe hundreds of thousands of people pre-ordering Milo’s book is a message:

We want to hear what he has to say, his words should be widely available to the public.

This isn’t just his fans, the mere exposure the book got from being listed on Amazon also means that some more neutral individuals (and maybe unsure Liberals) also decided to give it a try.

There’s a reason why Donald Trump won the election, people are just tired of being shut down and told one way to think, now they want to explore the other sides of the issue too. So now? They’re starting to think that maybe, just maybe, the Right is a lot more logical and actually right about many things. Pun definitely intended.

Simon and Schuster shouldn’t have to defend their decision to publish Milo, they operate in a country that values free speech and he is exercising that right. They don’t necessarily represent each other, they just both believe in free speech. So kudos to Simon and Schuster for respecting that, they would have known they would get flack.

And you know just who thrives on flack and outrage?

2 thoughts on “Well, Damn!: I Love Milo Yiannopoulos And His New Book That Triggers SJWs”