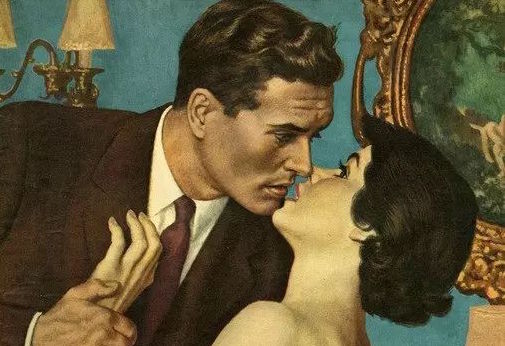 Let’s just come out with it.

I like Fifty Shades Of Grey. It’s not a favourite but I can appreciate the story and I did read all the books. The books were, as many people have said, written rather simply. It stemmed from a fan fiction and definitely sounds like one, so I’m not too surprised. That was the standard I held it to.

Now, I’ve also read many, many different books, some of them nonfiction, some of them fiction. Fifty Shades Of Grey is one of those fictional books and I never forgot that fact.

Apparently some people have.

Criticism and controversy surrounded this popular franchise from Day 1. Anything from how abusive the relationship is, to how it does not represent D/S properly or even just the horrible dynamics between the two of them. I know. I get it. I agree with all those statements, save for the fact that I do think the line is blurry when it comes to defining abuse with Anna and Christian. I’m on the fence on that one.

It’s a work of fiction.

Beyond the Leftards, I hear even just neutral people criticising the franchise because it does not present accuracy and has a negative influence. Well, well. That’s why it’s called a piece of fiction, it’s not real. Fifty Shades Of Grey is simply a glorified Harlequin Romance Novel that became a big hit, I don’t see lawsuits besieging that publishing company. The franchise has never claimed to be a true story or a self-help book, the consumers tried to make it into one. The fault does not lie with its writers and makers, the consumers are the ones drawing conclusions.

If you are falling for FSoG’s influence and looking at it as a role model for a relationship…
…you’re an idiot.

The fact that millions and millions of the book sold and the movie became quite popular (though criticised) means this fantasy story did entertain many, specifically women. It’s fine for you to like it or not like it, but to actually use it as a guide for your own relationships? You’re a moron.

The hilarious thing is that I heard there were a record number of sex toy-related injuries when the first movie was released, within the week. When I learned of it I just laughed for a few minutes. They deserved it, for not thinking like mature, critical adults and not doing some research, using a fictional movie as a legitimate source of information. They deserved every bit of it, maybe they would learn their lesson from the experience.

Must I repeat myself again? Fifty Shades of Grey is a fictional narrative that is meant to be consumed for entertainment purposes only. You enjoy it, then you go back to your life. What you do or how you think of it once you’ve watched/read it is all on you. Grow up and have some responsibility.

5 thoughts on “The Issue That Gets Christian Greyer Every Year: Get Over A Piece Of Fiction!”