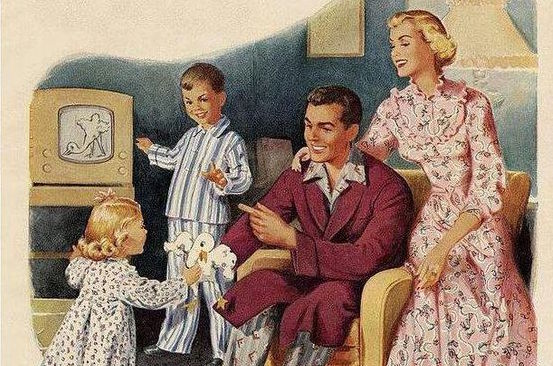 While I do a lot of social commentary, I may end up sounding condescending and even authoritative when it comes to telling people what to do or think.

I don’t do it to feel good and to have authority- some people are just that moronic, they need a good explanation and direction. It’s up to people as to whether they want to listen to me or not. I can only talk, at the end of the day.

One source I can point to when it comes to life lessons (as a general guide and not an exact set of directions) is this lovely Youtube Playlist.

Education and Social Guidance Films from the 1950s and 60s in this specific channel, Old TV Time, is a gold mine.

For those who enjoy the content I write and the values I endorse, this gold mine of videos is a great way to explore topics such as love, relationships, family relationships, marriages and even finances in a responsible way. They give generally useful advice or conversations and encounters, even down to important questions and points to consider about these topic.

Take, for example, one of my favourite videos in this playlist:

This is a great video made in 1949 that gives some good advice as to how to ask a girl out when you’re a young adult or a teenager. It doesn’t tell you word for word what to say, however it differentiates various approaches and tones in order to identify what would be the most friendly and appropriate for a first date. This is just perfect for those boys who want to date respectfully and traditionally at the same time.

This is one of the very first videos I watched on this channel and while the other videos were fairly interesting, I find the Social Education playlist to be so useful since it just contains some emotional wisdom that just aren’t taught to young people today. You get conflicting advice from feminist mothers and the media (magazines are the worst too!), you don’t get taught important values and points to consider when entering serious emotional relationships, whether between lovers, spouses or even just connecting with your family.

This is the information that used to be passed down between mother and daughter, father and son decades ago. It just used to be common sense advice, a presentation of information about how society is, how women and men naturally act and how to work with those biological truths.

Some people would call those truths the ‘Red Pill’ truths and I would mostly agree with that.

– Women, if they are planning for a family, should be starting when they’re young and not pushing it back until their career has become legendary. Since their youth is their most precious asset and their fertile years are limited compared to men.
– Men are more inclined to put more hours at work and put work first before family, due to their provider instinct while women would rather spend more time caring for and nurturing family directly (nothing wrong with that). This is the reason for the wage gap.

I’m not saying for people to follow these social education videos letter for letter. They are just general guidelines that are based on biological truths. You can even take them and shape them a little to your personal lifestyle. At least they give a general idea of what direction you can go in, most young people nowadays are either completely uninformed or force-fed garbage.

That’s just sad to me.

Let’s have Social Education videos again that just gives an idea for young people on how to handle emotional relationships and actions. Just as a start so they have some idea where to begin and then find out their own personal styles and preferences from there. People will grow into these things.

Unless you’re an SJW, then you just need to grow up.