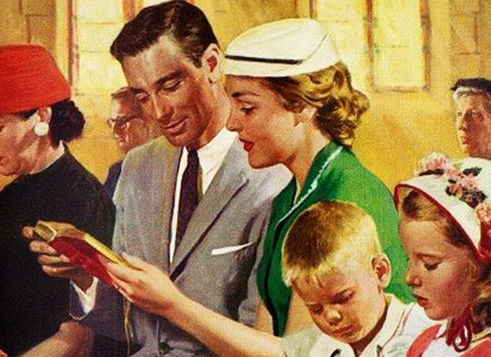 One of the most common assumptions many would have once they come across my blog, due to the nature of the topics I write about and my political leanings, that I am of a religious background.

While I find it rather amusing, I don’t hold it against anybody at all. It makes sense since most people who do believe in the values I endorse connect it to a religion, most commonly the Christian kind.

I definitely want to elaborate that I am actually a baptised Catholic (I still have my baptismal certificate!) and was a Christian most of my life since my family practiced it. Catholic in the early years and more evangelical-style modern Christian in the late period before my family dropped it altogether. The final step away from religion definitely stemmed from my parents’ divorce, my mother was hypocritically more religious while my father played along. When she was no longer around, my father finally came out into the open with his more atheist leanings and let his children have choices.

Would I say I am an atheist? I am halfway between an atheist and an agnostic.

I am always open to new ideas and since I do have a love for mythology, I like to think the idea of God would be a very strange one. Personally, I think if there is a God, He would be more like the mythological figures, powerful though with the same emotions and quirks as a human being. With all the cruelty in the world, it is more logical to me. Maybe God or the gods have other things on their mind or tasks of their own personal type that they don’t have time for everyone. It’s their choice and their powers anyway and maybe sometimes they feel like listening, sometimes not.

That’s just how I see things.

Of course, as readers of my blog, you can be of any faith or be of none. I don’t mind, as long as you practice good values and don’t force yourselves into other people’s lives (or preach) in order to convert. I have had enough of that in my life. Period.

So what is it like to be a Conservative without being religious or Christian?

It’s actually not bad at all and apart from a few corrections I have to make, which only leads to interesting conversations, it’s not a bother in my life. Like I have mentioned before, it takes a lot for me to be bothered and I have a fairly thick skin. It just surprises me in general and it makes me wonder how many of the new generation of Conservatives don’t identify with a religion, actually.

Since I have met very few Conservatives who are like me. There’s a couple of acquaintances and my SO, aside from my family. I wonder if they have different experiences to me and if you are one of those people, please do comment below with your experiences and your take. I’d be interested to hear.

Religious or not, as long as the values are right, then the price is right.

PS. Except there is no price and what I mean is more of the ‘direction is right’ (I just wanted to make a catchy pun-joke).

6 thoughts on “Being Conservative Without Being Religious: In Between Lines”